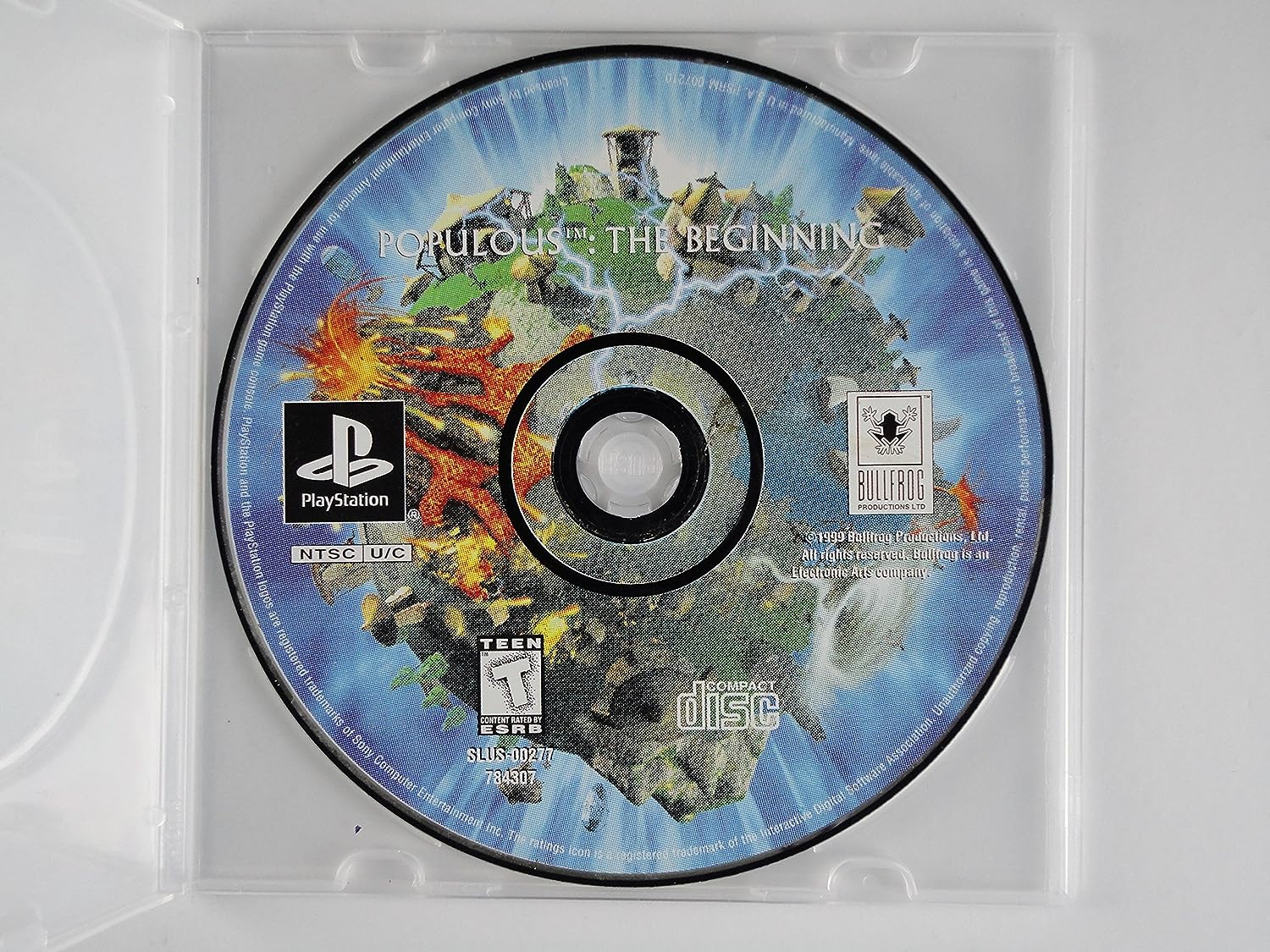 Are you looking for a game that gives you plenty of time to get sandwiches, make phone calls, and go on vacation between levels? How about a game that occasionally crashes in the middle of loading a level? If so, then Populous: The Beginning is the game for you.

Populous: The Beginning is the third game in the Populous series, and it has little, if anything, in common with the previous Populous games. Here, instead of merely playing as a god and watching from above, you're cast as a shaman, and you must directly control your followers, mostly to organize them against opposing tribes. You'll also command your tribe to build various structures, including huts where they will live, training facilities where they will learn how to fight, and guard towers, which will help you establish remotes bases of operations. If this all sounds a bit like Command amp; Conquer or Warcraft, that's because it plays more like those real-time strategy games than like the slower, more cerebral Populous and Populous II.

The game takes place on a small planet, which appears in full 3D so you can rotate your view to get a better vantage point. Unfortunately, the graphics are so blocky you can never really get a clear idea of exactly what everything is. The individual troops are so small that you frequently can't even tell exactly what type of unit you're looking at. Is that a brave or a warrior? You may never know....

The game's sound is decent, but the new-agey music quickly becomes tiresome. The rest of the soundtrack is composed of the battle cries and gibberish that make up your tribe's native tongue. There is also a booming voice that speaks before every level, showing you the lay of the land and instructing you how to go about completing your objectives.

It's not that Populous: The Beginning is a bad game, it's just a bad PlayStation game. The controller really isn't up to the task of commanding tons of miniscule units with any amount of precision, and the graphics are so muddy you can't discern what's going on a good portion of the time. Also, the game crashed at least once on every PlayStation we tried it on. Get the PC version, instead. It's better in every way. --Jeff Gerstmann
--Copyright